Provident Codename Vista is an upcoming pre-launch apartment development in the most pristine environs of Kondhwa, South Pune. The venture presents 2 BHK and 3 BHK luxury apartments that are well ventilated and elegantly crafted to live the royal life way. The project dwells across large acres of land, providing numerous premium abodes across multiple residential towers with various floors. The undertaking offers best in class amenities like a Swimming Pool, Children's Play Area, Tennis Court, Yoga & Meditation Hall, Jogging Path, AV Room, Spa, Open Gym, etc. The model flats will be available momentarily for the consumers to experience the bliss of their living space, and the launch date will be out soon. The Maintainenece costs are to be paid by the residents and will be totally under the supervision of Provident Housing Ltd's authority. Once the RERA approvals are in place, the RERA number also will get developed.

Kondhwa is situated in the South part of Pune and is now a hotspot for property buyers. It is home to many malls and markets. The favourite thing about Kondhwa is that it has several good colleges and schools in the vicinity. The residents of this area are from different parts of the country. It acts as a connecting point between Hadapsar and Katraj. The location is close to Hadapsar, Katraj, Sasewadi, Kothrud, etc. it is surrounded from four sides by Undri, Yawalewadi, Bibewadi, and Handewadi. This place has many schools, markets, malls, shops, parks, etc., one of the famous parks is Taljai Tekdi. This park is open 24/7 for visitors. Apart from recreational areas, there are also many health care centres in this location, making it an apt place for community living and society.

Provident Housing Limited, "Home for all", is a real estate group in the affordable housing segment intending to deliver quality homes on time. It is a supplementary group of Puravankara Limited, founded in 2008. Provident Housing is considered one of the most desired reasonable real estate developers in the city, which caters to the requirements of low-income and mid-income segment classes. The company is currently implementing ventures across Bangalore, Hyderabad, Chennai, Coimbatore, and Mangalore, offering close to 15 million sq. ft of residential space with top-notch amenities.

Provident Kenvista is a futuristic project by Provident Housing in Kondhwa, South Pune. It is a pre-launch project consisting of 2 and 3 BHK spacious apartments.

Kondhwa is one of the rapidly developing suburban areas of Pune and is one of the city's industrial zones and IT hubs. The area has good civic amenities and is very well-connected to other parts of the more wonderful city of Pune. Provident Codename Vista is an ideal residential option for asset and home shoppers in South Pune. It proposes luxury living abodes that are big and well ventilated with natural sunlight. The project is found conveniently, with effortless access to all the mandated conveniences. The possession date or the completion date is defined as sooner, where residents can experience the joy of their dream abode.

Provident Housing Ltd. is among the city's most prominent developers who offer premium and luxury living homes at affordable pricing. Provident Codename Vista is a luxury enclave in Kondhwa with the best residential community. It is the most anticipated project in Kondhwa by Provident Group, offering multi-dimensional Vaastu complaint homes within the gated community with all convenient features.

Pune is the second big metropolis in Maharashtra after Mumbai and is a vital city in economic and industrial growth. Once upon a time, the hometown of Marathas and a centre of power for the Maratha Empire, Pune’s rich and glorious past has made it the cultural capital of Maharashtra. Provident Codename Vista in Pune is an elegant apartment project and the most impressive specimen of the current structural plan joined with standard angles. It is a tremendous landmark presently open for pre-launch appointments at attractive costs. This apartment project best represents the existing building layout entered with conventional standpoints. The development is in Kondhwa, South Pune, with abundant greenery and traditional outcomes.

This development will be the best Provident Housing project in Pune, among other properties, as it hosts vast premium living features for the residents. The project is equidistant situated, with direct admittance to all enormous objections in and around Pune. The city's most restrictive addresses offer immediate admittance to various identified schools, business areas, medical clinics, sporting spots, public nurseries, and other niceties.

Apartments are the most well-known investment options in a fast-emerging city like Pune, where many migrants relocate to stay in the city. These closed communities offer residents living luxuries with premium facilities and abundant amenities that are best in class. There are some unique benefits to home buyers when they choose a new launch property like: Kondhwa has closely dwelled near Hadapsar, one of the major commercial zones of Pune and has three SEZs, namely, Phursungi IT Park, Magarpatta City and Amanora Park Town. The locality has also got several tourist spots. Many IT companies like Honeywell, TCS, IBM and Accenture have offices in this area. The localities nearby Kondhwa include many famous areas of the city of Pune, such as Undri, Mahadev Nagar, Laxmi Colony and Hadapsar. The combinations of projects available in this area are many, and they range from affordable to luxurious by numerous reputed builders and real estate developers.

Major Connectivity to nearby localities:

Due to the evolution of various IT majors and other multi-national companies (MNCs), Pune has been witnessing rapid growth in the influx of working folks from outside the city. As a result, there has been a tide in demand for residential apartments in Kondhwa, with it being one of the noted hubs of Pune. Although the prices of the flats in Kondhwa are going up rapidly, affordable housing is in ample numbers to suit the needs of the mid and junior-level executives of the various companies can still be found here. Industrial development and IT sector growth have led to the development of retail and hospitality sectors in this area, boosting the location advantage. The civic amenities have also improved. 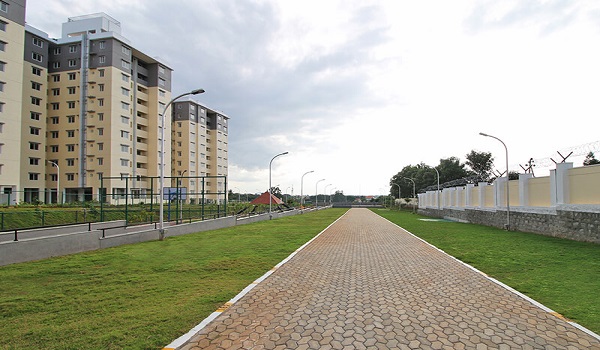 In recent years, Kondhwa has shown a significant increase in demand for commercial and residential properties, directing a hike in all the spaces' rental value. Home seekers include the employed lot and students studying in nearby institutes, increasing demand for affordable homes for 2 BHK and 3 BHK. Apart from employment facilities, the surrounding areas of Kondhwa also comprise many educational institutes. Kondhwa presents the existence of many facilities, but the territory is balanced to accommodate new and additional developments in the coming times. This aspect has brought about an encouraging trend in the Kondhwa real estate market.

Looking at the price trends in Kondhwa and the rising demand, the locality would prove to be a good investment region. There is an incredible appreciation of property rates, with several projects developed here. Moreover, the location is one of the IT/ITeS hubs and industrial zones of Pune. Kondhwa is already a forthcoming locality in Pune, and the government is planning to develop it further, so the development scope of infrastructure establishments is also there. Considering all these factors, Kondhwa is an excellent place for investment.

Pune also noticed several developer queries due to many top-notch developer projects under development in this less famous market. Kondhwa, which used to authorize more than a third of the city's comprehensive execution of the city's standard, newly saw an increase in the supply of new accommodation. It is mainly due to the overcrowding of living quarters in this collection. The recent launch of Provident Codename Vista has strengthened due to better consumer sentiment in some areas, which has increased its investment potential.

Provident Housing Limited is a subsidiary of notable realty developer Puravankara Limited, one of India's leading real estate companies. Since its inception in 1975, Puravankara has acknowledged that there is only one mantra for success: Quality. This ideology, combined with strict values, customer-centricity, robust engineering, and transparency in business operations, has placed it among the 'most preferred' real estate brands in residential and commercial segments. The Group has grown to be one of the leading Real Estate Developers in the country, serving the needs of a discerning clientele.

The company takes pride in crafting your premium home with well-crafted living spaces and world-class amenities. The company is into affordable housing out of passion; our capability and mission are to deliver top-quality homes on time. We are currently executing eleven projects in Bangalore, Hyderabad, Chennai, Coimbatore and Mangalore. The eleven projects together provide about 15 million square feet of living space. The configuration mix is one, two and three-bedroom apartments with premium features and world-class amenities.

1. Where is Provident Codename Vista located?

Provident Codename Vista is a pre-launch residential apartment located in the new communities of Kondhwa in Pune.

2. How many flats are present in Provident Codename Vista?

3. What is the cost of 3 BHK in Provident Codename Vista?

The price of Provident Codename Vista flats is yet to be known as it is an upcoming pre-launch development.

4. Why is Provident Codename Vista the best apartment in Pune?

Provident Codename Vista is an extravagant residential quarter located in the most worthwhile locations of Pune. The engineers have confirmed to offer all the critical comforts with thoughtfully composed homes. As these residencies dwell in a prime location, Provident Housing Ltd is the most suitable investment option for potential investors and home seekers.